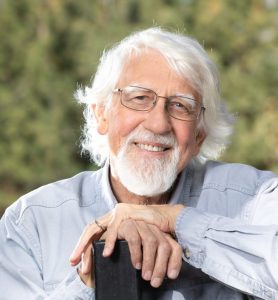 A passion for democracy has led Daniel Kemmis to a life devoted to public service, and in particular to working alongside his fellow citizens to achieve the greater good. Raised on a small Montana family farm, Kemmis studied government and politics at Harvard University before returning to his native state.  Concerned with how rampant energy development was threatening Montana landscapes and communities, he ran for and was elected to the Montana House of Representatives, where he eventually served as minority leader and then speaker of the house. Moved by his legislative experience to explore the possibilities of a more community-focused politics, Mr. Kemmis wrote Community and the Politics of Place, published the year he became mayor of Missoula.

His next two books, The Good City and the Good Life, and This Sovereign Land: A New Vision for Governing in the West, continued his exploration of how well-loved places can nurture a truly democratic form of citizenship.  Combining democratic practice as an elected official with significant contributions to democratic theory, Kemmis was recognized by the Utne Reader as one of its “100 Visionaries” in 1995.  In 1997 he was awarded the Charles Frankel Prize for “outstanding contribution to the field of the humanities” by President Clinton, and the next year the Center of the American West  honored him with its Wallace Stegner Prize.

Devoted to “helping democracy work as it should,” the Kettering Foundation brought Daniel onto its board, where he served for several years before becoming a Kettering Associate. He also served on the boards of the Northwest Area Foundation and Philanthropy Northwest, eventually exploring philanthropy’s potential for strengthening democracy as one of the promising themes in Citizens Uniting.

That book represents a cogent overview of our current political situation and a lucid presentation of pragmatic approaches that can now be taken in order to restore our democracy to its potential. His decades of work in both the nitty-gritty of democratic practice and the thoughtful study of democratic history and theory have shown him how an engaged community can rise above tribalism and raw partisanship to strive for a good life for its citizens. Building on that solid democratic foundation, he has taken the next step of identifying ways in which these locally fruitful practices can be leveraged to create a powerful movement of democratic renewal.