Skip to content
Home/Blog, Uncategorized/Bringing It All Back Home
Previous Next

Bringing It All Back Home 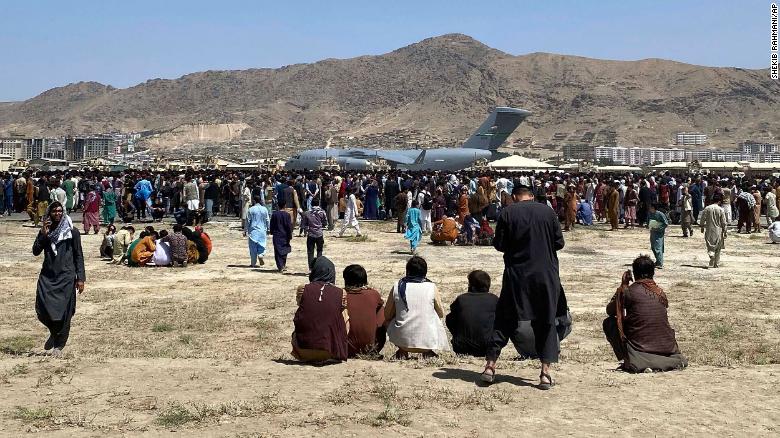 As the tragic events in Afghanistan continue to unfold, we might take a few minutes to venture beyond analyzing the Trump-Biden decision to withdraw American troops from the country and beyond evaluating how that withdrawal was handled, to examine longer-term questions about the emerging world of the 21st century and about both America’s and democracy’s role in that world.

While putting the finishing touches on Citizens Uniting to Restore Our Democracy, I vacillated for a time about whether or not to include the epilogue that I had prepared for it some time earlier under the title “Democracy in America and America in the World.” Almost by definition, an epilogue falls short of being indispensable, and in this case, it was clear that the book had pretty much concluded its central argument by the end of the last full chapter.

Citizens Uniting had emerged from my enduring faith in the power of face-to-face democracy and it reflected my belief that local democracy was going to be key to healing our larger body politic.  I had naturally turned to examples from my home town of Missoula, Montana to illustrate the argument, always aware that so provincial a vantage might not seem to provide the ideal perspective either on what ails or what might contribute to the healing of our American democracy.  So why now take on (in less 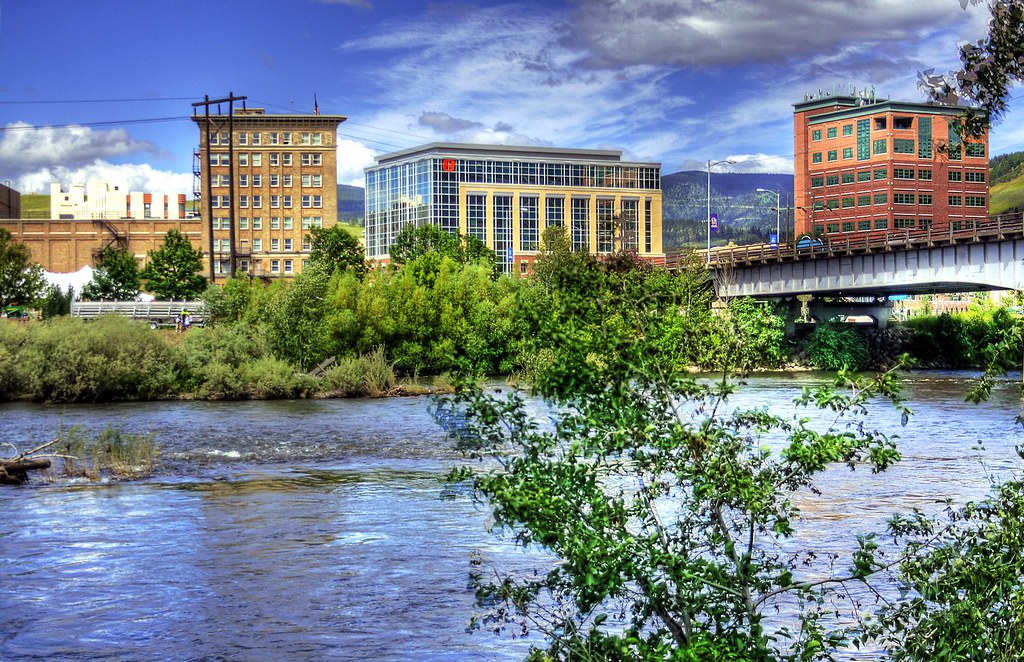 than ten pages) the status of democracy across the entire globe? In the end, though, I included those last few pages, and the tragedy of Afghanistan leaves me confirmed in that choice.

I had been motivated to write the epilogue in the first place by President Obama’s 2013 “red line” declaration over Bashar al-Assad’s deployment of chemical weapons against his fellow Syrians.  The clearly unilateral character of that decision, and especially its defense in terms of American exceptionalism, had deeply troubled me.  It seemed like a return to an earlier and long outmoded epoch of history.  Now today, as our Afghan adventure comes to its sad conclusion, we may finally be prepared to move beyond that old exceptionalist rhetoric (and its evil twin of American unilateralism) once and for all.

One reason to hope so is that, unlike so much of our bipolar political experience, the arc of this story of exceptionalist-driven unilateralism has been traced, in nearly equal proportions, through both Democratic and Republican administrations.  Now, the withdrawal from Afghanistan has clearly emerged from equally bipartisan parentage.  This may offer at least a glimmer of hope for a broadly-based policy shift aimed at avoiding future ill-fated adventures.

Partisanship is, of course, guaranteed to reassert itself as we move to the next phase, as indeed it already has, in an all-too-predictable round of finger-pointing and blame.  We can only hope that this might eventually resolve itself into a more constructive debate about the role America will seek to play in the world in the coming decades.  A 21st century version of isolationism seasoned with jingoism is likely to make its appearance in that debate.  But conditions are now right for any such position to be balanced by the vigorous advocacy of genuine and productive multilateralism.

What might that have to do with the necessarily simultaneous work of restoring our own body politic to a state of health?  The deeply polarized and  dysfunctional condition of our political culture has already seriously undermined the credibility of the old exceptionalist chest-thumping about being the “beacon of democracy.”  Democracy is clearly something we earthlings all have to work on, both at home and in addressing the growing list of global problems.  No one nation will be calling the shots, just as no one exemplary nation has democracy down pat.

The more positive aspect of this picture lies in the recognition that genuine multilateralism is itself an exercise in democracy, in the sense of global self-determination among equally entitled participants. If there is any silver lining to the dark clouds now blanketing Afghanistan, it may be found here. While our Afghan adventure carried a sheen of multilateralism because of NATO’s involvement, it was always in fact fully controlled by the U.S.  With China and Russia now jockeying to fill the vacuum we have left behind with the pursuit of their own narrow interests, no genuinely multilateral approach seems immediately likely in that suffering country. 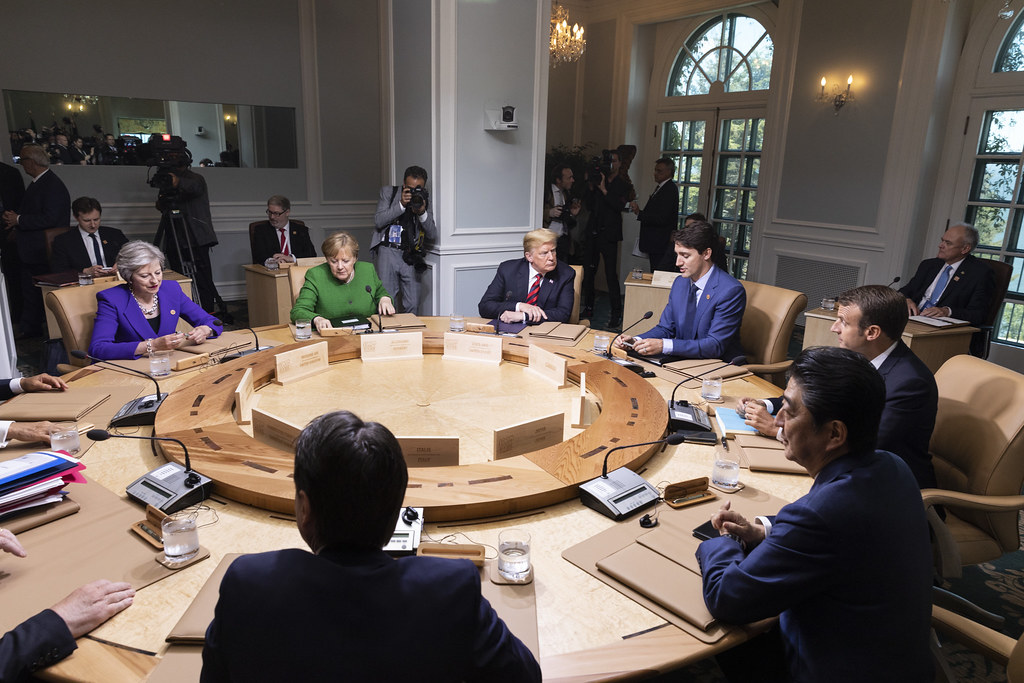 Yet there have been promising signs of a more globally democratic approach on other fronts. Biden’s Day One reversal of Trump’s abandonment of the Paris climate accord clearly signaled an embrace of multilateralism, as has his effort to resurrect the Iran nuclear deal. More recently, the G-7 and then the G-20 have endorsed a global minimum for corporate tax rates, to slow or stop the disastrous race to the bottom that has let multinational corporations escape so much of their responsibility for societal well-being around the planet.

In all these arenas, not to mention in the work of containing COVID and beginning serious efforts to prevent future pandemics, the global community must find more reliable ways to pursue and secure, not only short-term national interests, but the kind of enlightened self-interest that has led to agreement about a minimum corporate tax.

I argue in Citizens Uniting that it has been the widespread pursuit of enlightened self-interest that has enabled so many American communities to thrive and prosper and to do it democratically.  Never has the injunction to “Think Globally … Act Locally” seemed more relevant than now, when we as Americans and America as a member of the family of nations need to draw on the very best of our democratic principles and practices, honed so effectively at home, to guide our world toward the kind of future our children and grandchildren deserve a chance to inherit and inhabit.

We cannot offer them that chance by going it alone under a banner of American exceptionalism, nor by withdrawing from global engagement altogether.  But if we each pay attention to the ways that we have managed to govern ourselves well at home, if we elect leaders who have experienced that kind of home-grown democracy and who are committed to bringing those same pragmatic, problem-solving skills to bear in ever larger venues, we will have taken a big step toward fulfilling our obligations as global citizens.