Skip to content
Home/Blog, Uncategorized/The Blessings of Liberty
Previous Next

The Blessings of Liberty

“We the People of the United States, in Order to form a more perfect Union, establish Justice, insure domestic Tranquility, provide for the common defence, promote the general Welfare, and secure the Blessings of Liberty to ourselves and our Posterity, do ordain and establish this Constitution for the United States of America.” 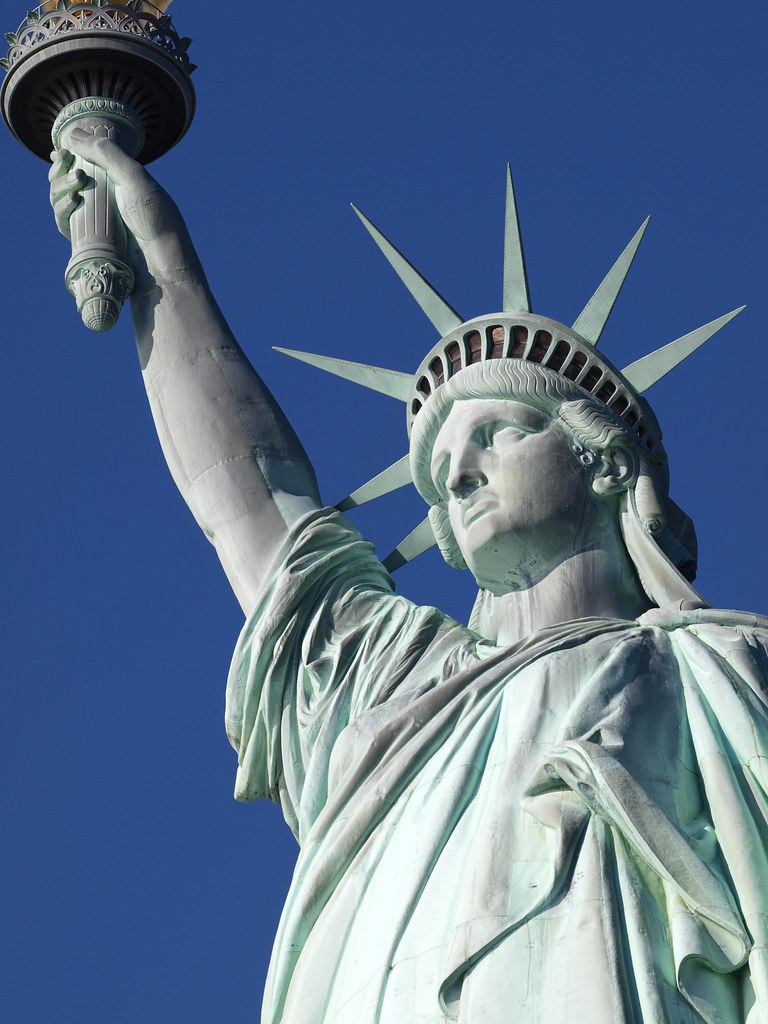 Disputes over mask mandates or vaccination requirements have stirred another in a long series of controversies about just what we Americans mean by “liberty.”  Individual freedom of choice has always been a major component of Americans’ commitment to liberty.  To many of us, this is the whole of what we mean by liberty.  From this perspective, the “blessings of liberty” accrue  exclusively to individuals.

Beyond the personal gratifications that can emerge from being allowed to do what I choose, though, many have argued throughout our history that free and unfettered individuals, while pursuing nothing beyond their own satisfaction, consistently create more benefits for society at large than could ever reliably be produced by individuals whose activities are closely constrained.  This was the heart of Adam Smith’s argument in his Wealth of Nations, and it continues to inform libertarian or laissez faire approaches to economic policy. There is great power in this argument, and much historical evidence to support it.

Just as the blessings of liberty reach beyond the individuals exercising that liberty, however, so too does the responsibility for defining the boundaries on individual freedom.  While our nation’s founders placed considerable weight on a sense of individual responsibility, they also recognized the necessity of more broadly based social compacts to enable humans to live together at all.  Today, we need look no further than the nearest traffic signal to remind ourselves that we depend, every day, on various elements of the social compact to keep us safe and to enable the blessings to continue flowing from the liberty we have thus preserved.  Aside from a handful of hard-core anarchists, no one actually denies the necessity for such common-sense limitations on our individual liberty. 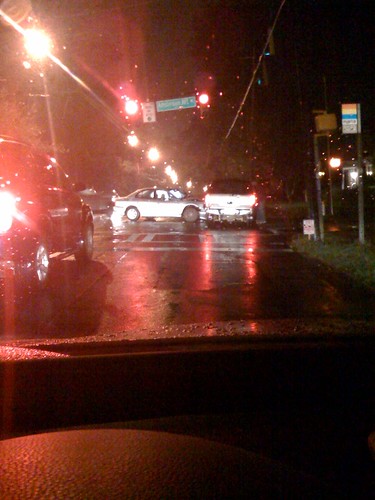 Since all complex societies depend on a broad range of such constraints on individual liberty, we might ask if there is anything special in these terms about societies that strive to be democratic?  Well, yes, there is.  When the people have no say in the formulation and enforcement of the rules according to which they are required to live, we call it tyranny – or slavery.  Democratic citizens, by contrast, are supposed to have a say in the formulation and enforcement of these rules – these limitations on liberty.

But self-government turns out to be no walk in the park.  It doesn’t just happen. It requires attention, work, even discipline, not just by officials but by all of us as citizens. At a minimum, in any democracy you have to agree up front that if the community decides, by a fair process, to impose limitations that you opposed, you’re going to have to accept that.  And that can be challenging.  Having a say, but then not getting your way, can be frustrating to almost any of us.

It helps to remember, though, that this is part of the social compact.  In a perfectly free country, I could decide whether or not to stop at a red light, and I could decide whether or not to abide by any rule whose adoption I opposed.  But that’s not freedom; it’s anarchy. And it suggests another, more subtle dimension of the relationship of liberty to self-government: the idea that it is only self-governing people who have any real prospect of maintaining the basic, “I get to choose” dimension of liberty. So we have to keep democracy working, in order to preserve liberty.

This comes close to home when I ask myself how I as a Montanan can complain if our duly elected officials adopt rules that say that no business can require its customers or employees to be vaccinated, or a rule forbidding local mask mandates.  I believe these are very unwise rules, and that they will cause needless suffering and perhaps even needless deaths. But what can I do about it?  If I were a business owner who wanted to protect my customers by requiring proof of vaccination, I could engage in civil disobedience. As it is, I can try to get those who enacted these rules out of office, or to persuade some of them that the conception of liberty they have applied here is misplaced.

This is a heavy lift in our highly polarized political culture.  Where I still place some hope is in another strain of American democracy as old and often as powerful as our love of liberty.  I mean the fundamentally pragmatic tenor that has so often asserted itself when the chips were down and nothing but common sense could get the job done.  It was, above all, pragmatism, not ideology that enabled the founders to piece together the structure that replaced the deeply dysfunctional Articles of Confederation with the still-surviving Constitution.

When that document faced its greatest challenge in the Civil War, the bitter divisiveness of that tragic episode produced in the young soldier Oliver Wendell Holmes, Jr. a lifelong determination to rely on common sense, not ideology, as the foundation of his jurisprudence, and it led Holmes’ neighbor and contemporary, William James to propose an entire philosophical system that is still called “pragmatism.”  It is pragmatism, not ideology, that enables our highly complex society to operate at all, creating the conditions within which individual liberty has any chance of surviving as an operating principle.

If democracy depends on the prevalence of common sense, then one of the greatest threats to democracy is the tendency to turn certain simple dictates of common sense into ideological absolutes.  I have argued in Citizens Uniting to Restore Our Democracy that it was precisely that absolutizing tendency, for example, that produced the disaster that now dominates campaign finance law.

It may seem paradoxical that liberty itself cannot survive if it is treated as an ideological absolute. But we have seen, throughout our history, one instance after another where liberty has had to be balanced against other goods like safety and security if liberty itself is to survive.  This is as true within our body politic as at the intersections of our busy streets. 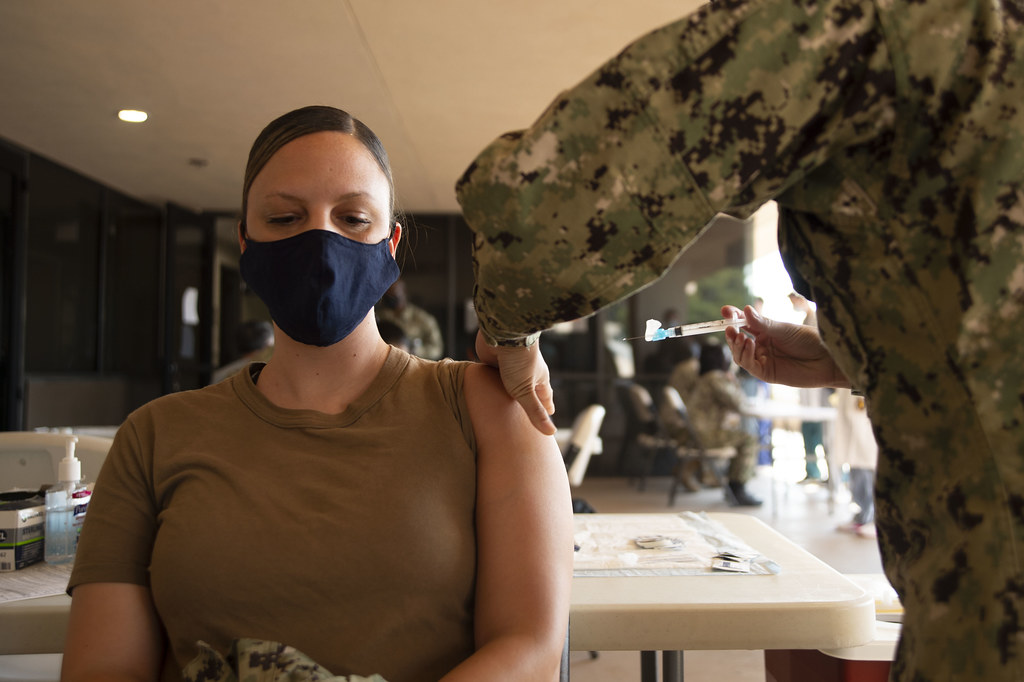 We seem to have entered an era where it is particularly difficult to have the pragmatic, common sense conversations that would enable us to preserve that balance and thus to preserve liberty itself.  Vaccination and masking have brought this democratic difficulty to the fore in the COVID arena, but it’s also infected our deliberations around guns – and abortion.  As long as one side or the other believes it can win all the marbles in any of these arenas, they are likely to hold fast to an ideological approach, and resist any suggestion that balancing is called for.

One of the premises behind Citizens Uniting is that we now face something like a meta-pragmatic challenge:  we can no longer make much of anything work unless we can begin to apply a more pragmatic approach to the practices of self-government itself.  What that might look like will be the subject of later posts.