Skip to content
Home/Blog/Moving SCOTUS Beyond the Tipping Point?
Previous Next

Moving SCOTUS Beyond the Tipping Point? 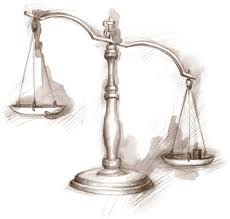 As the U.S. Senate takes up the nomination of Amy Coney Barrett to the Supreme Court, I am going to let others explore the most attention-riveting dimensions of this situation, including: how hypocritical Republicans (or to a lesser extent Democrats) are being in departing from their positions in 2016 following the death of Justice Scalia; whether, if they win the presidency and control the Senate, Democrats should now retaliate by “packing” the Court; or how this appointment might bear on issues like the future of the Affordable Care Act or Roe v. Wade.

All of this matters very much, but instead of adding one more voice to those debates, I want to take a look at some even broader but perhaps less ideologically compelling issues that this appointment brings to the surface: issues of the legitimacy of the Court and of our governing system more generally, and questions about what role we as citizens might be called on to play in that context in the coming years.

With this third Trump appointment, the Court will become markedly more conservative than the country as a whole.  I don’t believe that any honest Republican could dispute this simple fact.  Nor can there be any genuine doubt that the radical mismatch that has now emerged between the ideological orientation of the Court and the country at large is a reflection of the fact that three Supreme Court appointments will have been made by a president who received almost 3 million fewer votes than his opponent in 2016, and that the Senators who have approved these appointments were, collectively, elected by an even smaller minority of Americans.

The result is that we will now, and perhaps for a very long time, have a Supreme Court that is far more conservative than the country at large.  Since I am not going to argue here for a majoritarian court-packing response, I simply want to make three points about this imbalance on the Court – all of them developed in much greater depth in Citizens Uniting to Restore Our Democracy.

To expand on this last point: any SCOTUS nomination is guaranteed to bring into full play the very considerable political machinery on both sides of any of the bastions of America’s most passionate politics, certainly including pro-choice and pro-life forces in the abortion battle or both gun rights and gun safety lobbies.  These powerfully organized interests will always ensure that Senate Judiciary Committee staff and members come fully armed with questions about any nominee’s position, inclination or past rulings on their particular issues.

One would have to listen very closely during the next few weeks, though, to detect anything resembling a democracy lobby bringing its voice to bear in the confirmation process.  Yet that could be the voice that would make the most lasting difference.  On the subject of democratic principles and practices – on the role of states in a federal system, on how much deference a court should show to democratically enacted laws, or more specifically on how the respective roles of legislative and judicial bodies play out under the “political question” doctrine – about these key issues of democracy we have not yet seen fit to organize ourselves into a bipartisan, cross-ideological citizen lobby capable of protecting our vulnerable and suffering body politic against the ravages of partisan polarization and ideological tribalism now rampant throughout our society and in all the institutions of our government, including the Court. This should be the last Supreme Court nomination where we fail to give democracy that voice.