Skip to content
Home/Blog, Uncategorized/Redistricting Reform: It’s Up to Us
Previous Next

Redistricting Reform: It’s Up to Us

With the results of the 2020 census in hand, every state in the nation is now engaged in drawing new lines across its map, defining congressional and state legislative districts.  Every state devises its own method or mechanism for drawing those boundaries.  In many states, the legislature itself determines the boundaries, as they have since the founding of the republic.  Recently, though, a growing number of states have created citizen reapportionment commissions, taking the drawing of boundaries mostly out of the hands of the legislators themselves. 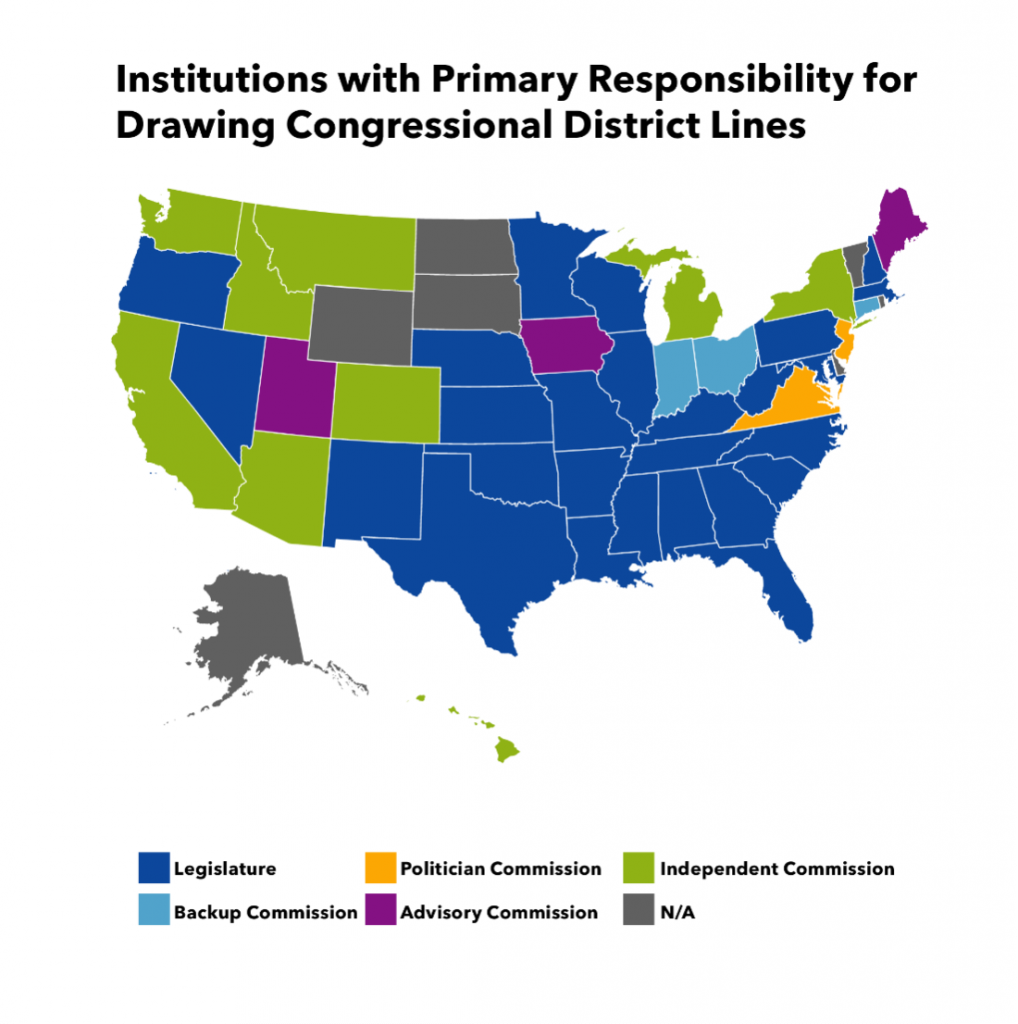 A few jurisdictions, like my own state of Montana, use a blend of political and independent commission.  I’ll start here, both because I know it best and because it can usefully illustrate some of the challenges that redistricting can pose for self-government.

In 1972, Montana rewrote its constitution, and among many other far-reaching changes, this document departed substantially from the 1889 constitution’s then standard system of leaving the delineation of congressional and legislative district boundaries to the legislators themselves.

Having already barred sitting legislators from serving in the constitutional convention, Montanans now took the further step of substantially reducing legislative involvement in  redistricting.  Reducing but not eliminating — for the new constitution provided that the redistricting commission would consist of five members, four appointed by the majority and minority leaders of the legislature (each appointing one member) and then those four choosing the fifth member, who would chair the commission.  If the four political appointees do not agree on the fifth member, the choice of the chair is left to the state supreme court.

Montana had two seats in the national House of Representatives until the 1990 census dropped the state to a single representative.  In 2020, Montana became the first state ever to reclaim a lost seat, so this year, our redistricting commission once again had to draw congressional district boundaries.  To its credit, the commission allowed citizens to submit their own proposed maps, receiving an astonishing 231 suggestions in response.

Of course, the political parties submitted their own maps, and eventually the commission held a public hearing on nine maps, then narrowed it to two, one favored by each party.  As a former Democratic legislator and mayor, I had hoped that some credible map might be adopted under which a good Democratic candidate would have a chance of winning in our western district.  (The other district was going to be solidly Republican no matter what.)  I couldn’t support the map proposed by the Democrat commissioners, though, since it seemed to me so clearly to have been gerrymandered that I could not imagine most Montanans accepting it as legitimate. 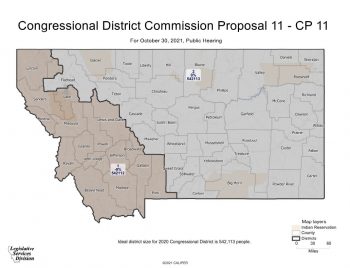 I was relieved, then, when the chair of the commission, a former tribal law professor who had occasionally supported Democratic candidates in various races, now asked the partisan commissioners to come up with compromise maps that might move closer to common ground.  They complied, and while it was clear that their maps still favored the party drawing them, neither map was as slanted as their forerunners had been and the blatant gerrymandering of the Democrat map (pictured here) had been eliminated.

With a hard deadline drawing near, the commission scheduled another public hearing, open to comment on any of the final four maps.  I soon learned from the social media buzz that my own blue tribe was being mobilized in support of what I perceived as the Democrat gerrymander, and the testimony at the public hearing generally conformed to this approach.  Dismayed by this tactical choice, I could only assume that the party leaders were counting on the generally Democratic orientation of the chair to induce her to line up with her partisan tribe when the time came.

But she didn’t.  With Democrats having failed to make any serious case for their own compromise map, lining up instead behind their more Democratically favorable but less broadly credible map, the chair voted for the Republican compromise and the deed was done.  For the remainder of this decade, Montana will operate under a map (pictured below) in which Republicans are all but guaranteed one seat and Democrats, if they choose superb candidates and mount excellent campaigns, may sometimes have a chance of winning the other. 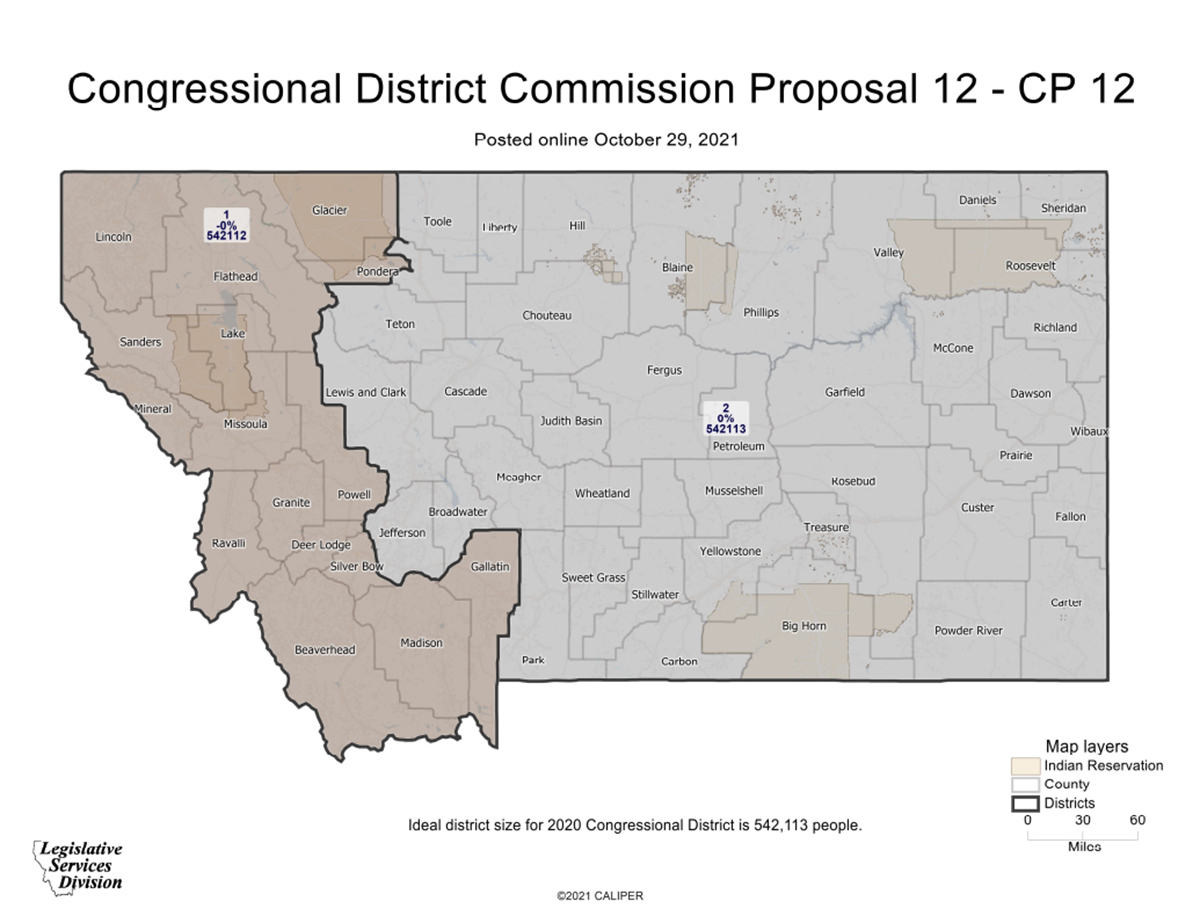 I’m obviously still shaking my head over what strikes me as a major political blunder by my fellow Democrats, but that is of little consequence in the bigger picture of redistricting now emerging around the country.  If Montana Democrats hoisted themselves on their own tribal petard in this little incident, the fact is that tribalism and its resultant polarization is likely to prevail much more straightforwardly in most other states.  And that presents an ongoing problem for our democracy, because that polarization so seriously weakens our ability to govern ourselves sensibly.

While openly racial gerrymandering must and will remain illegal, the U.S. Supreme Court has decided that it will not treat partisan gerrymandering in the same way.  I suggested in Citizens Uniting to Restore Our Democracy that we should not be unduly alarmed by that decision, which is unlikely to be reversed by this conservative court in any case.  Nor is there any immediate prospect of Congress making major improvements to this ailing element of our democracy.  But this does not mean that citizens are powerless to assert more control over a redistricting process which should, of course, belong to the people, not to the political parties.

That assertion of citizen control began its contemporary journey in Arizona, with the passage in 2000 of a ballot measure creating an “Independent Redistricting Commission.”  This was followed by a 2008 California initiative which created,  a “Citizens Redistricting Commission.”  Since then, there have been several other reforms proposed and often adopted in states across the country. You can learn about (and support) this citizen effort by visiting the websites of the Brennan Center for Justice, Common Cause, FairVote, Reclaim the American Dream and the League of Women Voters, among others.

This, then, is one very potent and hopeful example of citizens uniting to restore our democracy.  Redistricting reform will have to be combined with several other strands of democratic reform before we can claim to have moved into the 21st century version of the Progressive Movement suggested in Robert Putnam’s The Upswing: How America Came Together a Century Ago and How We Can do it Again. Now as then, it is citizens who hold the key.