Skip to content
Home/Blog/Citizens Uniting Across Generations
Previous Next

I’m taking a little different approach with this post, by inviting a guest to share it with me, in dialogue form.  In fact, my guest has been present, if invisible, in all of my previous posts.  Kate Paskievitch has worked as my intern for well over a year now, while she completed her undergraduate work at the University of Montana, with a double major in political science and journalism.  Kate had lead responsibility for preparing the index for Citizens Uniting, and she has from the outset been the curator for its associated website. 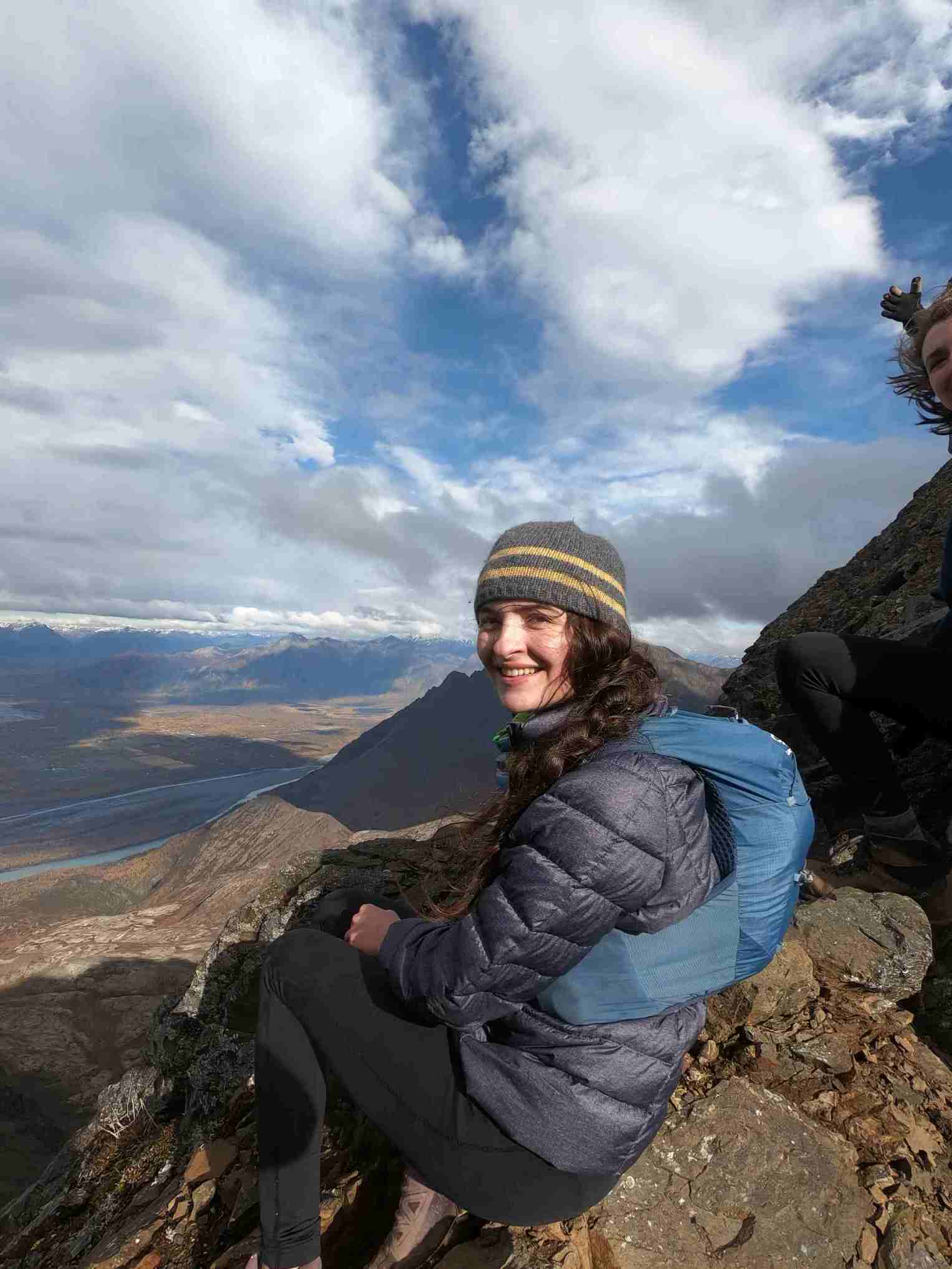 Daniel:   So, let me start there, Kate.   Having read Citizens Uniting as you prepared the index for it, and then tending the website, you’re pretty familiar with the point of view of this seventy-something about various issues of democracy.  But from the point of view of someone just approaching college graduation, tell me what seems particularly relevant to you, what you might disagree with or approach differently, and what’s missing?

Kate:  I think in large part we agree on the issues facing our democratic processes and even on the events that have led us to such a place. American unity and pride has been replaced by a growing partisan divide that has to some degree been fueled by the election or prominence of more “fringe” politicians like Donald Trump or even Bernie Sanders, but also by long-standing systemic issues in our general political and legal frameworks.

I think where we may differ, though, is in our opinions about how or if it’s even possible to bring people back together to solve problems in civil ways and be able to compromise across party lines. As someone who started to become politically aware during Obama’s first contentious election in 2008, I’ve never really experienced an era where Democrats and Republicans have treated each other with respect.

There was, for example, so much false rhetoric surrounding Obama’s citizenship and religious affiliation. That kind of rhetoric, so dominant during my introduction to politics, has given me little faith that citizens will ever be able to truly unite across party lines and work to strengthen America and our democracy. So, let me ask you, as someone who has been a part of politics for much longer, whether you might be able to provide me some hope that these ideological divides are not insurmountable and that citizens can indeed unite to restore our democracy?

Daniel:   Well, I wrote a whole book about that, Kate, and I probably shouldn’t repeat it here.  But let me just start with one of our blog posts — the most recent one, in fact, where we featured the work of long-time New York Times reporter Hedrick Smith.  In that post, I highlighted an interview in which Smith simply shone with enthusiasm for the multitude of ways in which he has found Americans working together to strengthen democracy.  He devoted a PBS documentary to the same topic, and his Reclaim the American Dream website provides a pretty constant stream of examples.  And as you know, from working on the Citizens Uniting website, we can’t begin to keep up with all the good work that’s being done to strengthen democratic practices or reform its institutions.

But let me turn the tables on you for a minute, Kate.  You’re about to get a degree in journalism, the field that occupied Hedrick Smith for much of his career.  He was one of the professional journalists who instilled in me a solid faith that, no matter how tumultuous or even unsavory our politics might become, at least I as a citizen could rely on his kind of journalism to help me figure out what was actually happening.  But I have to confess that in the last few years, even the New York Times has become so set in its ideological ways that I think it is contributing more to polarization than to good citizenship.  How does any of this look to you, from your very different generational perspective?

Kate:   Well, one problem I’m seeing is that people are increasingly able to exist in media bubbles online where their beliefs, regardless of which side of the aisle they fall on, are continuously getting reinforced and radicalized. In order to make money, organizations like Facebook need to keep people engaged, and unfortunately a great way to do this is through allowing, or encouraging, controversy.

I can’t speak as an expert, but from personal experience with my family I have a lot of relatives who a few years ago were just left or right of center and are now so deeply entrenched in their political ideologies that they barely talk to each other anymore except to argue. My family on the left looks down on my family on the right and vice versa. If no one is willing to be the bigger person, and it doesn’t seem like anyone is, how can any meaningful discourse be had that helps bring both groups to common ground?

When it comes to mainstream media there are similar issues with bias in coverage. Many news organizations, like CNN and even more typically moderate papers like the New York Times have taken stances against Donald Trump and his brand of conservative ideology. While I can’t say I like the guy, I can see how taking stances like this will drive conservative consumers toward right-wing alternative media like OANN and the Daily Wire where the only voices they’ll be exposed to are far-right pundits with contempt for the left.

Alternatively, those on the left likely listen to and get a lot of their news from popular late night hosts like Trevor Noah and Stephen Colbert who have arguably built their brands around witty take-downs of the right. It’s no surprise that the right feels ostracized by mainstream media when so often they ridicule their ideologies and politicians. News organizations may try to report objectively but there’s more money and “clicks” when it comes to sensationalized and highly partisan reporting, so I don’t see the bias disappearing from reporting anytime soon. But now I’ve talked myself back into the slough of despond.  Where’s that hope you were offering earlier?

Daniel:   Well, one area of reform that I’ve become increasingly hopeful about is ranked choice voting, which you adopted in your home state of Alaska this past election cycle in 2020. (I should mention to readers that the pandemic took Kate back to Alaska, but it’s still from the University of Montana that she will be graduating this spring.)  So, Kate, I think most people would be quite surprised to learn that a conservative state like Alaska has adopted what most of us think of as a progressive reform like ranked choice voting.  What’s up with that?

Kate:   Most Americans have the misconception that Alaska is a Republican stronghold, but in reality Alaska is more of a deep purple. Republicans like Lisa Murkowski, who we are proud to call one of our United States Senators, has often broken with party lines to throw her support behind typically left issues like gay rights and abortion. She is also one of the few Republicans to strongly and publicly speak out against Donald Trump.

Daniel:   It’s interesting to me that Murkowski is often joined in her maverick positions by Susan Collins from Maine, currently the only other state that has adopted ranked choice voting laws.  And Maine’s other U.S. Senator, Angus King, who caucuses with the Democrats, was elected as an Independent.  The independent strain in both states seems to have something to do with their embrace of ranked choice voting.  As an Alaskan, how do you see that?

Kate:   I feel that too often people vote for candidates that don’t accurately represent their political beliefs, but instead have a chance of winning over the candidate they dislike the most.  We don’t vote for our ideal candidates, just the ones that are “good enough.” Being an Alaskan liberal in a majority red state, I hope that ranked choice voting will allow me and other Alaskan liberals to feel more comfortable voting for Democratic candidates as our first choice, while using our second choice votes to support moderate Republicans over ones that are further right.

Daniel:   That sounds to me like progress toward a stronger, saner, healthier democracy.  I know it’s only a little progress, but if reforms like this were to begin to gather momentum, to expand from two states to twenty, and to link up with the kind of progress that we’re seeing in several states with citizen-directed redistricting, might a genuine democratic reform movement become a real possibility?

Kate:   Having so little practical experience in politics has made it hard for me to see beyond the pessimistic rhetoric online and in the media, so I appreciate the hope your insight provides. You’ve managed to quell at least a few of my fears about the current state of politics in our country, and to give me a little more hope about how things may look going forward.