Democracy Finds a Champion in a Giant of American Journalism 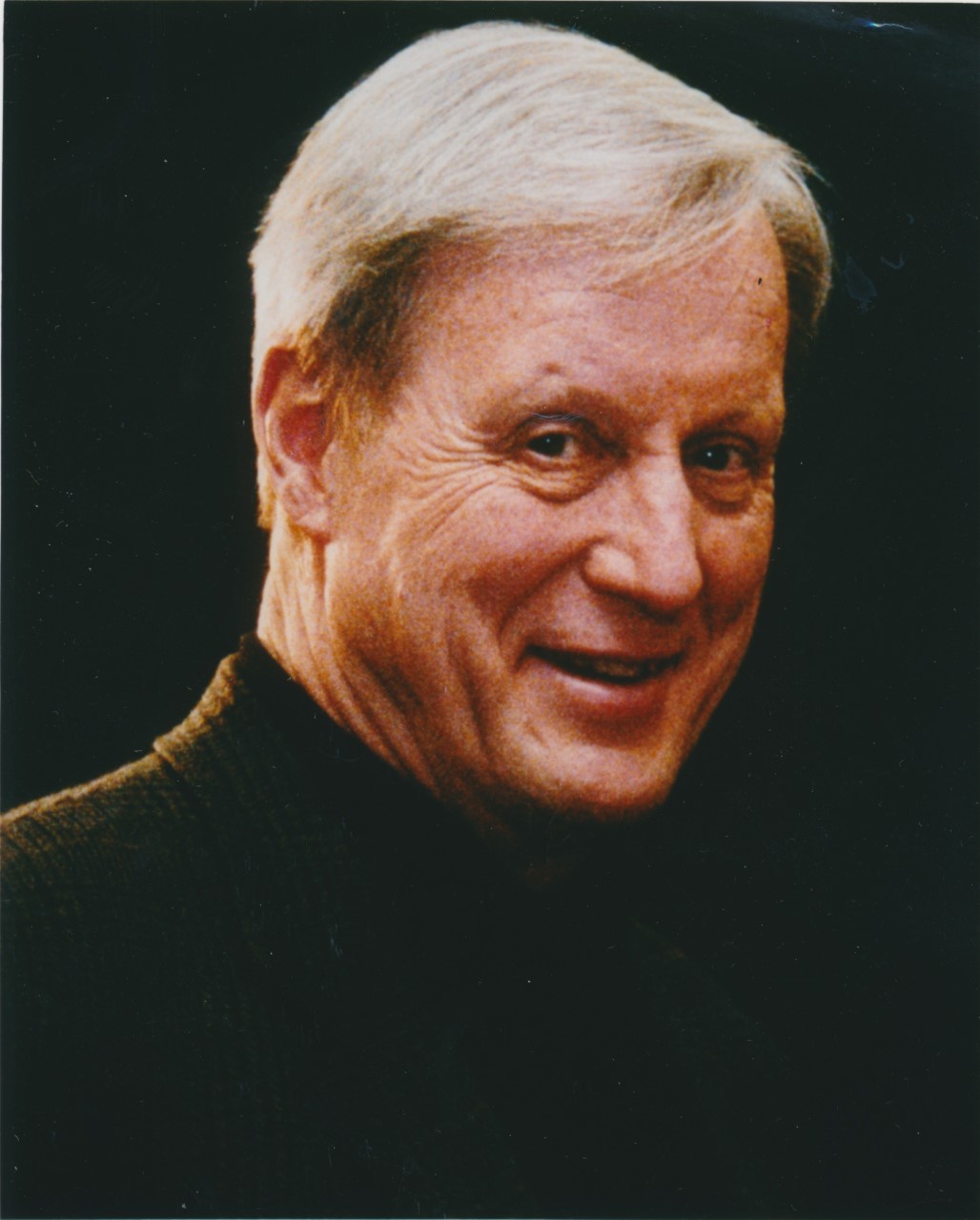 I remember, as an undergraduate, reading Hedrick Smith’s dispatches to the New York Times from Saigon, Paris, Cairo and the American South.  For me, Smith’s reporting and James Reston’s opinion pieces gradually set the standard by which I would subsequently measure journalism’s contribution to American democracy.

By 1971, Smith was working on the team that produced the Pentagon Papers, and that Pulitzer Prize winning effort was followed three years later by an individual Pulitzer for his international reporting from Eastern Europe and from Moscow, where he served as the Times bureau chief.  Smith finally left the Times in 1988, when he began producing a number of highly-rated documentaries for PBS.  He came back into my own field of vision in 2012 when I picked up a copy of his new book, Who Stole the American Dream?

Soon after that, I was fortunate enough to meet Hedrick Smith, and we began to explore our mutual interest in the troubling decline of American democracy and the prospects for its restoration.  He encouraged me to keep working on Citizens Uniting to Restore Our Democracy, and I came to rely on his Reclaim the American Dream website for updates on the emergent democratic reform movement.  “People worry that reform is impossible,” the site observes. “Not true. It’s already happening in many places.”

Bringing those stories to light presented just the right challenge to a reporter of Hedrick Smith’s stature.  He began producing blog posts on the subject, and then returned to television in 2019 with yet another PBS production, The Democracy Rebellion. 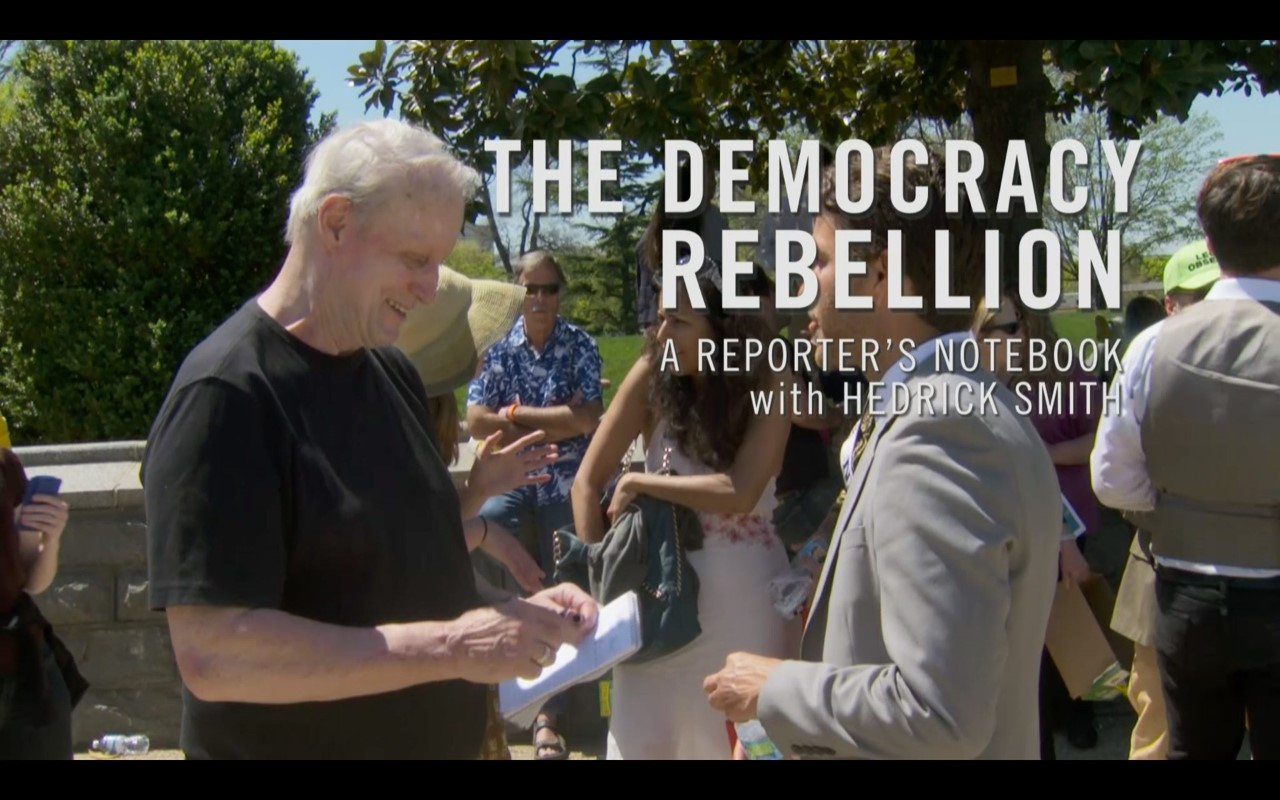 Hedrick Smith was in his late eighties when he traveled to those places to make one more documentary.  He could easily have retired decades ago.  But in a recent YouTube interview, when David Hoffman thanked him “for being as passionate as you are and for not giving up on the country and democracy,” Smith responded simply, “I care. I think it’s really important.  I care, and I’m engaged, and I’m so lucky! To me, it’s just been a natural commitment.” 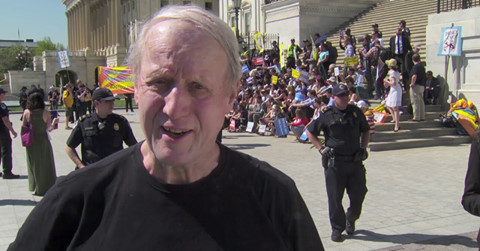 I find myself deeply inspired by that stance of care and commitment, seasoned with genuine gratitude (“I’m so lucky!”) We’re all so lucky to have wise elders like Hedrick Smith still carefully cultivating the garden of democracy.  I’m reminded of some poignant reflections a few years back by another wise elder, George Kennan, one of the great sages of American foreign policy during the Cold War.  Nearing 90 when he published Around the Cragged Hill in 1993.  Kennan concluded his book with a few reflections about what he saw as a vastly under-appreciated democratic resource.  Focusing on “those who in the past have rendered services of a high order in public life but are now in official retirement,” Kennan argued that this “fund of experience, of integrity, of judgement, of insight, and of devotion to the public interest” constituted “a national asset that we have no excuse for failing to tap.”

If that was true a generation ago, it is doubly true now when our democracy finds itself confronting even greater challenges with an even more badly wounded body politic.  Surely now we need to mobilize all the wisdom at our command, not least that afforded by the tireless civic energy of veterans like Hedrick Smith.

If you are among those in whom such seasoned wisdom resides (as I know that many on this mailing list are) I would urge you to find congenial ways to continue contributing that gift to the common weal.  You will have your own ways of doing that, but here’s one more possibility: I’ve written before about the concept of a democracy tithe, and one aim of the Citizens Uniting website is to offer suggestions about ways to support promising democratic reforms and other democracy-strengthening activities and organizations.  Not least among those resources is Smith’s own Reclaim the American Dream site and blog.

Finally, if you haven’t reached elder status yourself, but know someone whose practice of democratic citizenship you admire, you might consider interviewing that person as David Hoffman interviewed Hedrick Smith, as a way of capturing and passing on some of the wisdom so crucial to the commonwealth.