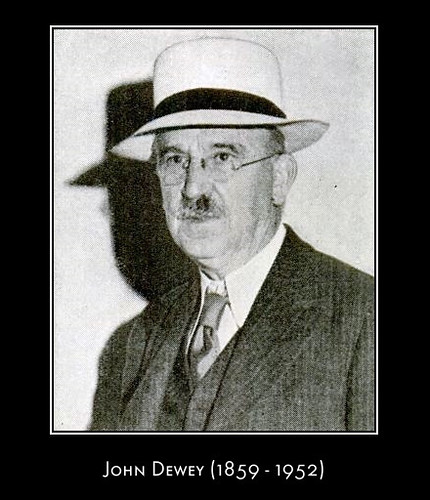 “If a plague carried off the members of a society all at once, it is obvious that the group would be permanently done for. Yet the death of each of its constituent members is as certain as if an epidemic took them all at once. But the graded difference in age, the fact that some are born as some die, makes possible through transmission of ideas and practices the constant reweaving of the social fabric. Yet this renewal is not automatic. Unless pains are taken to see that genuine and thorough transmission takes place, the most civilized group will relapse into barbarism and then into savagery.”
– John Dewey: Democracy and Education, 1916

As is so often the case with John Dewey’s prose, this passage is a bit difficult to understand, but ultimately worth the effort. I found it especially relevant this week because a new grandchild had just entered my life. I had learned of her conception on my 75th birthday back in December, and now that she had made her appearance, I found myself paying close attention to Dewey’s thoughts about what the succession of generations means to democracy.

That came into even sharper focus as the House of Representatives’ Select Committee to Investigate the January 6th Attack on the United States Capitol commenced its work. Dewey’s warning of a “relapse into barbarism and then into savagery” had come to seem like an all-too-accurate description of the world into which my newest granddaughter had been born. All the more reason, then, to hope that the select committee might somehow succeed not only in its directive “to investigate and report upon the facts, circumstances, and causes relating to the January 6, 2021, domestic terrorist attack upon the United States Capitol Complex,” but even more urgently “to strengthen the security and resilience of the United States and American democratic institutions.”

That most far-reaching of the select committee’s objectives would lie beyond the reach of even the most broadly supported congressional committee, let alone this one, afflicted from the outset by the debilitating partisanship that now so thoroughly infects all our governing institutions. We certainly have to hope for the best from the committee’s work, and do whatever little any of us can do to contribute to that outcome. As I argue at length in Citizens Uniting to Restore Our Democracy, we all have opportunities to participate in organizations or initiatives seeking to loosen the grip of what that book calls “partisan quicksand.”

Yet now I will contribute to the partisan divide myself, by chiding my Republican friends for having allowed their party, over the span of a generation, to root itself securely in an electoral base that might fairly be characterized as the embodiment of willful ignorance. With daily jolts of energy from the likes of Rush Limbaugh, a constituency held together by mean-spiritedness, narrow-mindedness and short-sightedness gradually became the controlling base of the Republican Party in one state after another. 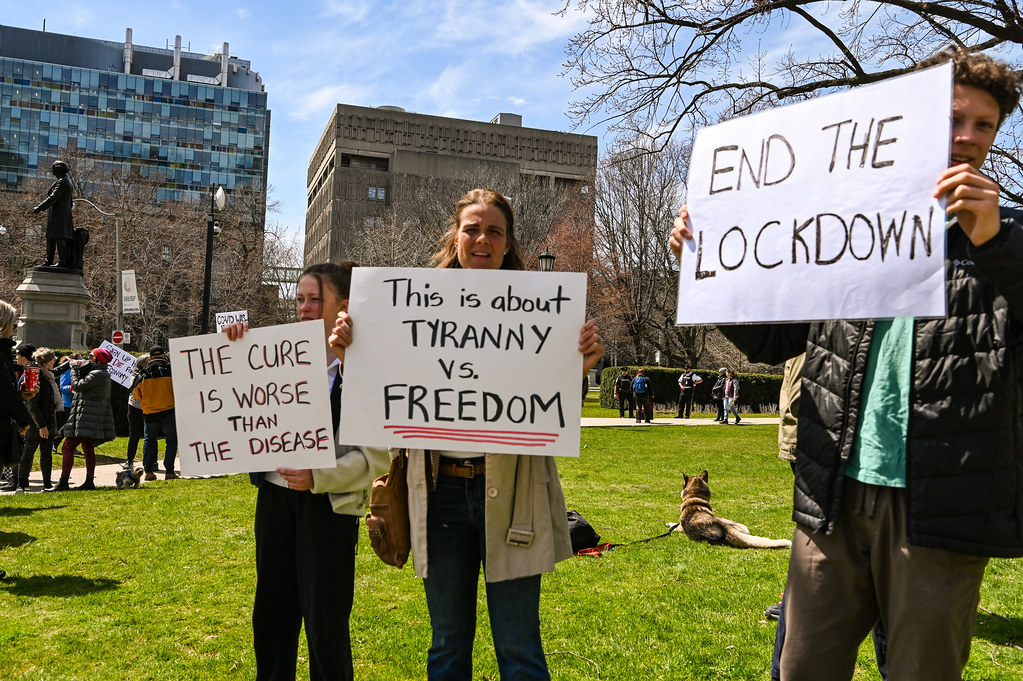 This long-simmering dynamic finally came to full fruition in the emergence of Donald Trump on the political stage.  A long list of otherwise sensible Republicans who had thought they could play with this smoldering populist fire but always contain it were suddenly swept up in the maelstrom as the Trump juggernaut rolled on. Now, even after Trump’s decisive defeat in 2020, the servile cravenness of all but a tiny handful of elected Republicans is a constant reminder of how potent this dynamic has become — potent and dangerous.

The danger is both clear and present, manifesting itself in the current Delta variant surge.  There are certainly many reasons that have led individuals to delay or question vaccination.  But when millions of people have prolonged the epidemic and endangered their neighbors by refusing to get vaccinated in the face of overwhelming evidence of the safety and value of that procedure, something is seriously amiss. That something has its roots in the same cultivation of willful ignorance that eventually produced the most starkly unqualified president in American history.

The attack on the capitol and the needless surge of the Delta strain are just two manifestations of the dangerous reign of ignorance against which honorable Republicans must struggle. Democrats, though, have also sometimes fanned the flames of ignorance – and paid a heavy price for it. Whoever thought up the “Defund the Police” slogan, for example, is not going to win any prizes for political acumen. In 2020, those three words were weaponized by Republicans in places like Montana to help turn a purple state the deepest shade of red we have seen in decades. 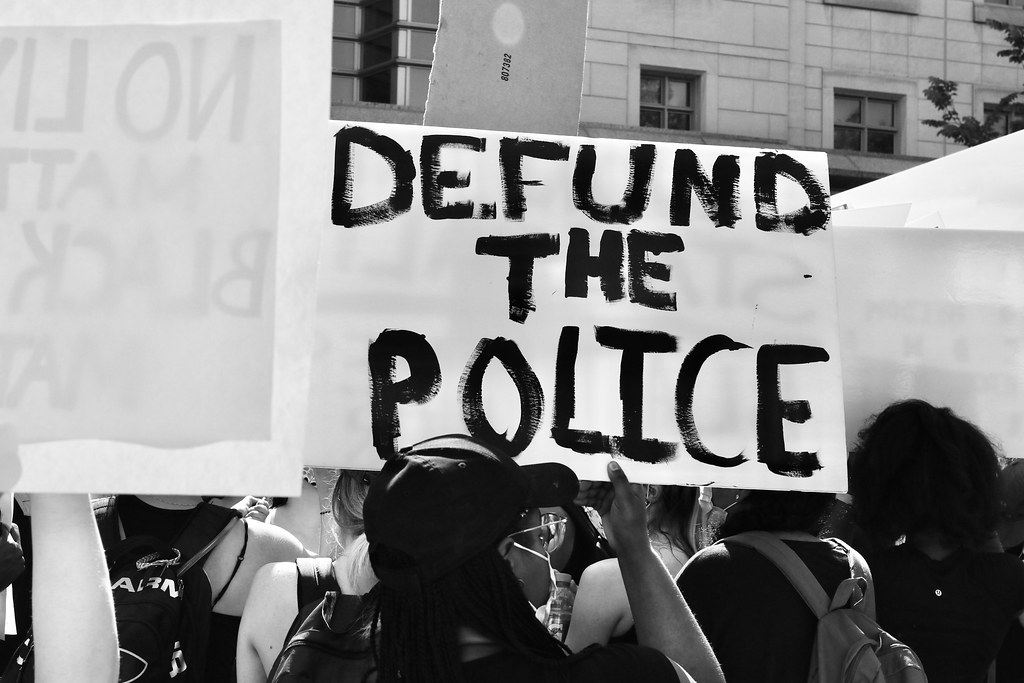 The simple fact is that neither ignorance nor knee-jerk ideology serves our species or its societies very well. That is  why the wisest proponents of democracy have always given education such high priority. Writing at a moment of vigorous and far-reaching democratic reform, and contributing substantially to the Progressive Movement that had carried that renewal forward, John Dewey was nevertheless insisting that there was something even more fundamental than reform to the health of our democracy: the “constant reweaving of the social fabric” through that “transmission of ideas and practices” that we call education.

In emphasizing the indispensable role of education in any meaningful form of democracy, Dewey was of course echoing a theme that had been central place to the thought of an earlier proponent of democratic reform. “I know of no safe depository of the ultimate powers of the society but the people themselves,” Thomas Jefferson had written in 1820, going on to argue that “if we think them not enlightened enough to exercise their control with a wholesome discretion, the remedy is not to take it from them, but to inform their discretion by education. This is the true corrective of abuses of constitutional power.” 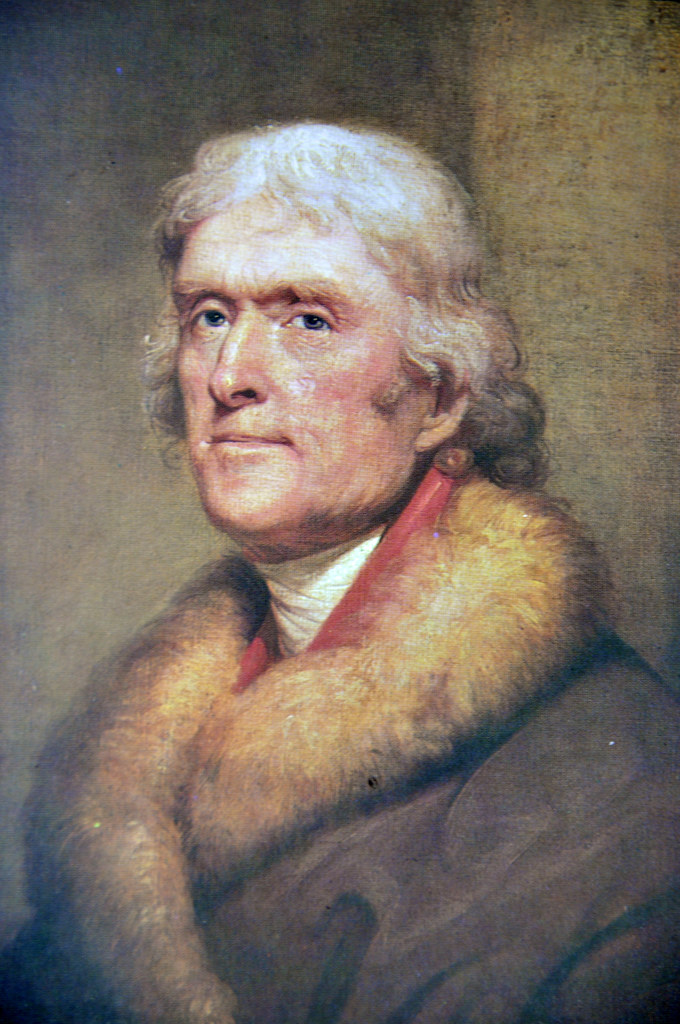 Now, as we work our way out of our deep governing dysfunction, as we step gingerly back from the “relapse into barbarism and … savagery” that John Dewey feared, we are going to have to supplement  immediate remedies (like filibuster or redistricting reform) with longer-term strategies like a serious re-examination of the role of education in preparing democratic citizens.  There are no silver bullets or simple solutions here, but I would invite your thoughts about two ideas.  First, that we do our level best to move the nation’s conversation about education out of the ideological quagmire into which the “critical race theory” controversy has enmeshed it.  Second that we begin examining seriously the idea of universal service to which the Commission on the Practice of Democratic Citizenship has invited us.