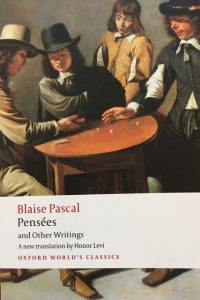 By which I don’t mean anything like what Trump himself means when he refers to “The Chinese virus,” or “Kung Flu.” I don’t mean that Trump is personally responsible for the pandemic – although his administration’s denials, delays and missteps have made things much worse than they needed to be. What I mean by the “Trump virus” is a disease that infected our body politic long before this global pandemic reached our shores. But that will become clearer if we engage first in a little amateur virology.

As we all know now even if we hadn’t learned it before this year, a virus is a life-form that only barely deserves that designation. Lacking the basic genetic equipment for self-replication, the fundamental M.O. of any virus is to invade a cell of the host organism and commandeer enough of that cell’s reproductive infrastructure to clone the invader. This explanation might just barely earn me a C- on a high school biology test, but it will do for my metaphorical purposes here.

From the moment in the summer of 2015 when Donald Trump stepped from his reality TV studio into the political arena, it was perfectly clear to most Americans that he was radically unqualified for the office he sought. So unqualified, in fact, that many of us thought that this was surely a joke – at best a cheesy publicity stunt. Since then, we have had plenty of occasion to have our original perceptions confirmed, but I really don’t want to dwell on the seemingly endless ways that Trump has devised to show us what was always apparent: that he simply has no business occupying the office of President of the United States. My focus is not on that repeatedly proven and now rather boring fact, but on something more puzzling: why so many Americans can’t tear their attention away for more than a few hours from this third-rate buffoon. Here’s a way to think about that:

Very early in his famous “Pensées,” Blaise Pascal commented on a phrase from the Book of Wisdom. The Latin “Fascinatio nugacitatis” is usually translated into English as the “fascination of evil,” but Pascal carefully rendered it in French as “Fascination de la frivolité.” That comes closer both to the text’s original meaning and to what Pascal might have to say about the mesmeric hold that Donald Trump seems to have on our political attention. “Nugacitatis” clearly relates to our word “nugatory,” which pretty much means “There’s nothing there.” But the thing about a big, roaring vacuum, of course, is how much of its surroundings it can suck into itself. Sort of the way a virus sucks the reproductive machinery of an actually living cell into itself so that it can produce more of the only thing that matters to it – namely, itself.

I know that people are going to want to remind me that we really have to pay attention to this particular instance of nugacitatis because of the power of the office he so bizarrely occupies, and because of the amount of – yes – evil that he can and has perpetrated there. I acknowledge that, but I still want to invoke Pascal in calling our attention to the fascination of our political culture with someone who, apart from the office, would merit no more attention than any equally self-centered but otherwise inconsequential character. And if it is the office that has transmuted a rather pathetic clown into an object of fascination, then perhaps, in addition to the absolutely essential task of restoring some semblance of competence to the Oval Office, we should also take a hard look at the office itself.

Just as we are all, individually and societally, trying to learn long-term lessons from the trauma of the global pandemic, we might use the trauma of the Trump virus to learn any available lessons about the presidency. At a minimum, if a solid majority of voters know that a candidate is unfit for the office, we should probably figure out how to give that majority an effective voice within the selection process. To that end, the first chapter of Citizens Uniting focuses on the Electoral College, while later installments of this blog will examine other lessons that our encounter with the Trump virus can teach us about the presidency or about our political system in general.